There are several main reasons why Bad Gastein is visited by thousands of tourists annually. Among them, along with skiing and thermal springs, is the Bad Gastein radon therapy health center, which is called Gasteiner Heilstollen.

GASTEINER HEILSTOLLEN is the center of radon therapy near the city of Bad Gastein, where the treatment of various diseases is achieved by the influence of the healing powers of nature.

Address and contacts of the Gastein healing gallery center

In general, there are no problems with communication methods with Gasteiner Heilstollen and it is possible to request additional information about the healing center directly on the healing center’s website. How the Gastein healing gallery center appeared, with what diseases are recommended, and to whom are contraindicated, how the visit goes itself and the scientific substantiation of benefit occur, will be described below.

The history of the appearance of the Gastein healing gallery center

Gasteiner Heilstollen is a good example of evolution, from a place with huge gold reserves to the region of “mining” of Alpine health in Europe. During the Middle Ages, an unimaginable amount of gold was discovered on the site of Radhausberg Böckstein. In those days Gastein was rightly known as the “Golden Chamber of Europe”. 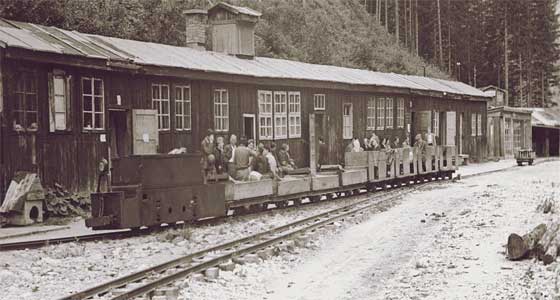 In the 1940s, the idea was proposed to make a mine in Radhausberg and, thereby, to reach an even larger gold deposit. However, the grief-gold seekers were disappointed, because there was no gold. The lack of gold was due to the fact that thermal waters for many centuries, seeping through the thickness of the rock, dissolved and washed all the gold ore.
But, as they say, there is no thin without good and the lack of gold for gold diggers turned out to be a find of a place of natural healing for all mankind. As we noted above, for centuries gold was washed out of the mountain layers, after which small cracks were remained, through which today they receive:

The warm steam, rising from the depths of the tunnel, warms the rock and forms a unique therapeutic climate created by nature itself.

The Gastein healing gallery center: how did the healing effect occur?

Over time, it was noted that miners are surprisingly free from ailments and rarely suffer from colds. This fact prompted scientists to think about the healing power of the Gastein healing gallery, which led to an active study of this phenomenon. As a result of the stormy study, the Gastein healing gallery has been described in more than 100,000 scientific works. Scientific research has shown that staying in the Gastein galleries has a greater healing effect than many of the known traditional methods of treatment. 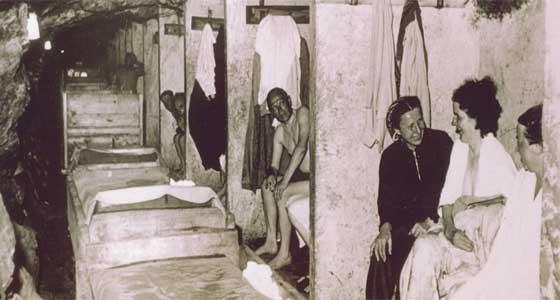 Note: Health insurance organizations in Austria and Germany recognize the effective treatment in the healing gallery of the Gasteinertal Valley.

Thanks to the combined effect of heat, humidity and radon radiation, the healing galleries of Gastein have become an effective tool for treating many diseases. There is also a scientific confirmation of the positive results of therapy, which indicates a reduction in pain over a long period of time, suppression of inflammatory processes, and a reduction in the intake of medications in the observed. Let’s take a look at what characteristics the nature of the Gastein healing gallery has endowed, as a result of which they have become so useful to people.

The Gastein healing gallery center: how to get there? 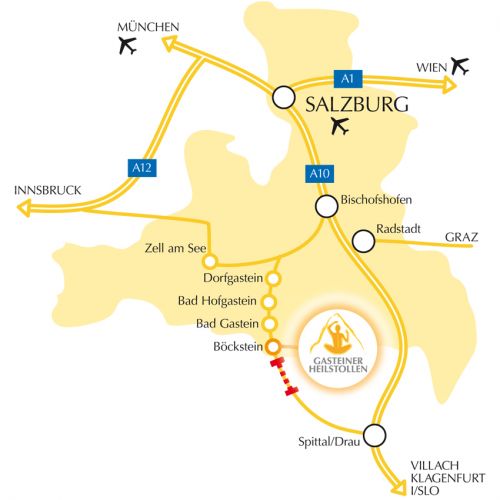 For those who prefer to travel by train, there are railway stations in all three cities of the valley:

As for the nearest airports are in the cities of Salzburg and Munich.

Indications and contraindications for visiting the Gastein healing gallery center

The main secret is that the therapeutic effect is achieved by activating the body’s own forces to combat the disease. The therapy is based on a combination of soft heating and hyperthermia. After the course of recovery in the galleries pain relief is observed, the frequency of use of medicines is reduced and immunity is strengthened. If we talk about specific diseases, the treatment of which is effective by staying in the healing gallery, then we can name the following:

Also, with severe cardiovascular diseases, circulatory disorders and kidney diseases, it is recommended to consult a specialist doctor.

The process of visiting the Gastein healing gallery center

Speaking about the process of visiting the healing gallery, it can be divided into several main stages:

Penetrating through the respiratory tract and skin, noble gas radon activates the self-regeneration of cells and the defenses of the body. Rapidly spreading to all corners of the human body, radon affects cells with soft-dosed alpha radiation, thereby stimulating the process of apoptosis (regulated process of programmed cell death).
As a result of the disintegration of damaged cells, TGF-Beta is released, contributing to cure and suppressing inflammatory processes. As a result, the immune system stabilizes and the self-healing mechanism of the body comes into play. It should also be noted that such a therapeutic agent, like radon in 20 minutes, is excreted from the body in half, and after 3 hours, having completed its mission, there is no trace left of it.

The Gastein healing gallery center: address on the map